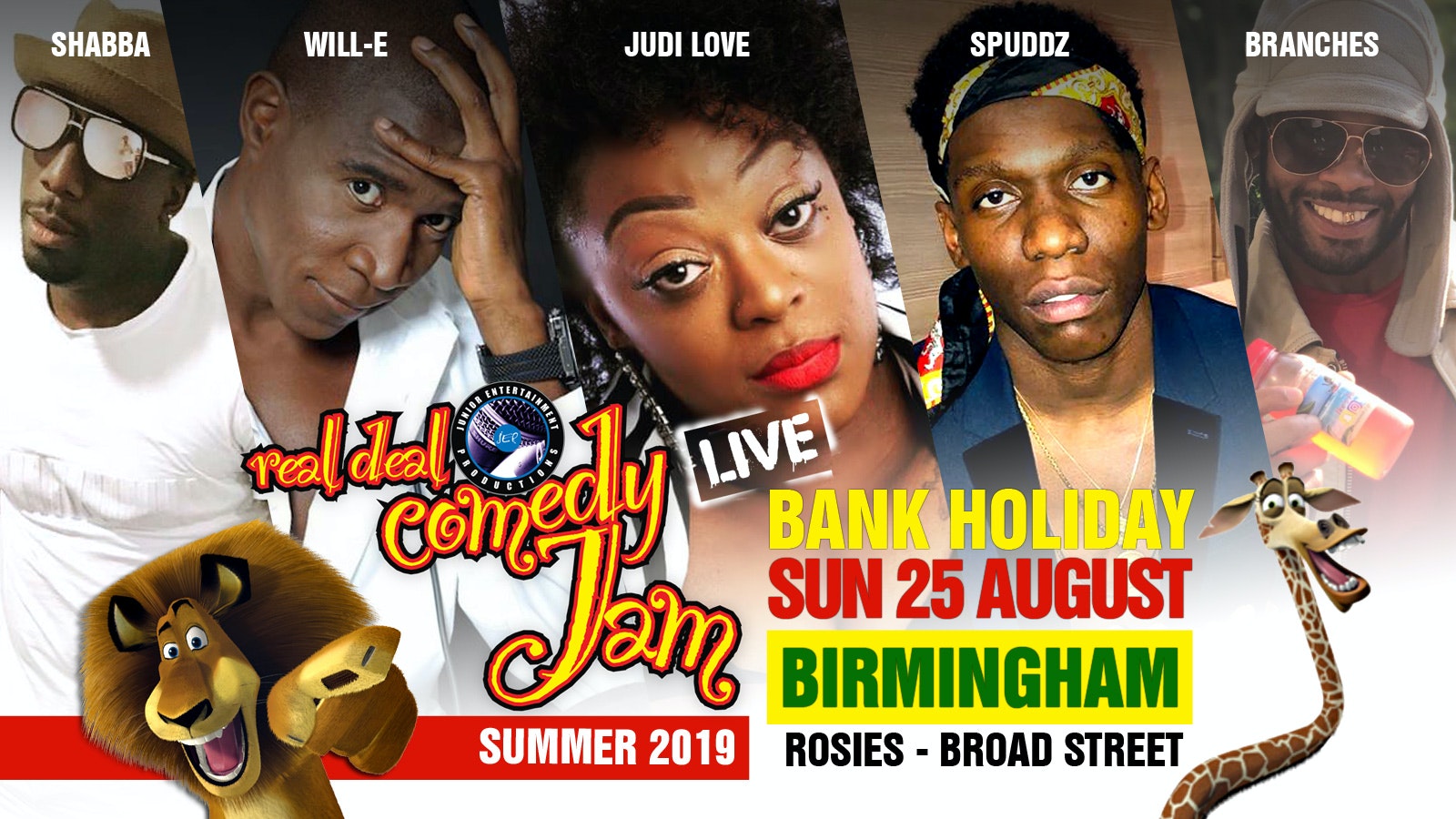 Don’t  miss this Summer’s comedy action packed line-up with five of the funniest comics on the scene starring your host Judi Love – the latest star of the BBC & ITV. This year, Judi shared the stage with some of the greats of UK comedy including Lenny Henry, Michael McIntyre and Alan Carr.

Headliner Will E (USA)
Whose credits include Def Comedy Jam and P-Diddy’s Bad Boys of Comedy.  Will E is renown for his physical comedy ranging from transformers into morphing into animals right before your eyes. His repertoire is so huge only he knows what he’ll deliver on the night. One simply fact is that Will E is one of the best pound for pound comedians in the game.

Spuddz
The Celebrity Prankster who pulls off the most daring online pranks.

Shabba
The comedian who many thought was the comedian of the tour when he was last on the Real Deal Comedy Jam (December 2018).

Music on the night provided by DJ Peter Parker

Seating is allocation on arrival, please arrive early for the best seats.