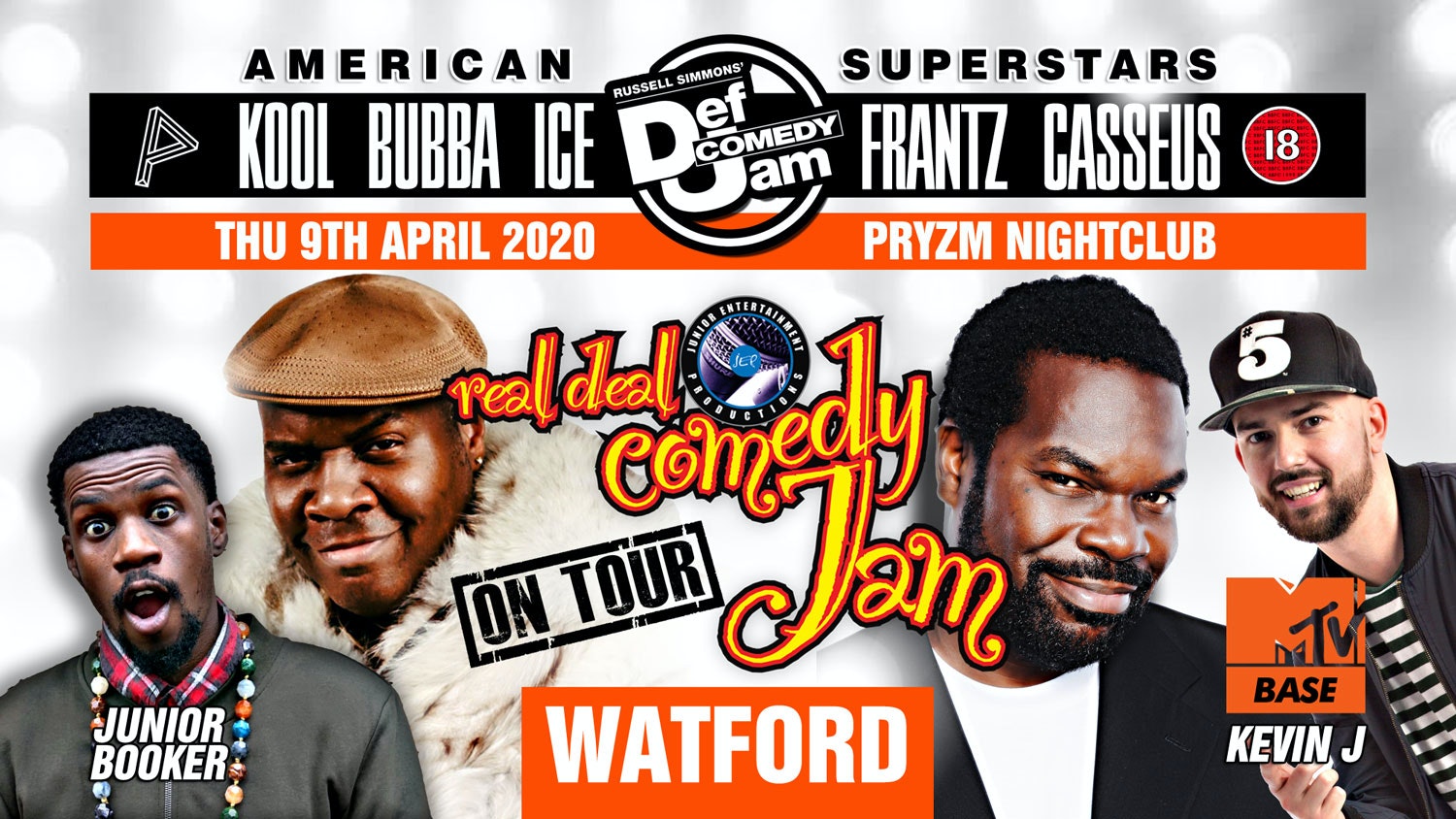 Real Deal Comedy Jam LIVE – The UK’s longest running urban stand-up comedy tour hits the road again this Easter 2020 with another world-class line-up of comedians from the USA and UK.

America’s Haitian King of Comedy is a natural born performer whose comic timing will have the audience on their knees. A true genius on stage, well known for some of the funniest stand-up specials with fellow comedic superstars such as Kevin Hart, Chris Tucker, Michael Blackson and Cedric the Entertainer. A must see for comedy lovers.

“My job is to make them cry laughing, scream with back pain and lose their breath.”

Energy, energy and more energy. That’s what your guaranteed from a Bubba Ice performance. This New York veteran comedian and expressionist has done all the major US shows inc Def Comedy Jam and Comic view. If you like your comedy a little crazy, Bubba Ice is your guy.

Absolute crowd favourite. Kevin J is an hilarious stand-up comedian that gives you a view of the world from his own perspective.

A Londoner with great crowd presence with storytelling from a unique perspective delivered in a unique quirky style that’ll leave you in stitches.

ID required by all attendees